Okay! After that brief interlude, it’s back to the trip deets! 🙂

After four days of showing Christian around Taipei, it was off to the capital of Vietnam: Hanoi.

I knew that it would be very hot, the food would be delicious + we would have difficulties crossing the streets. Other than that, I did not know what I would find.

I had no doubts that the people we would be lovely, but felt a little uneasy as an American visiting a country that had experienced so much devastation as a result of U.S. involvement in the region, to say the least.

I have always heard that reading relevant literature while you travel can enrich a travel experience–i.e. if you’re visiting Vietnam, read something by an Vietnamese writer. Not ever having taken that advice, I wanted to try it out this time…with a twist. Since I am a foreigner with aims to write a play about Taiwan, I decided to read a play by a foreigner about Vietnam.

I brought a collection of David Hare‘s plays that I found at the library called, “The Asian Plays.” Only one out of three was about Vietnam–a screenplay for the British made for TV movie, “Saigon: The Year of the Cat,” starring Judi Dench. The screenplay ends with the rapid U.S. withdrawal from Saigon in 1975.

I started it on the plane + finished it our first morning in Hanoi. By the end I was moved to tears. I felt the same things that I did when I visited Hiroshima in 2010: self-loathingly guilty about my nation’s past actions, but eager to explore + make my own experiences in the place. I do feel as though my experience of Vietnam was enriched as a result. I also can’t wait to check out the movie! I mean, can you ever go wrong with Judi Dench?

Anyway, what we did find in Hanoi was wonderful people, sweaty days, delicious food, abundance + deficiency, the antique + the modern all rolled into one you-get-what-you-see package. I loved it.

We stayed in a craaaazy party hostel (like, whole other level crazy) in Old Town (Hanoi Backpackers Hostel), + on our first day visited the temples in the Hoan Kiem Lake,  the beautiful Confucian Temple of Literature, the Vietnam Fine Arts Museum, a water puppetry show at Thang Long Puppet Theater  + ate as much as we could stomach. 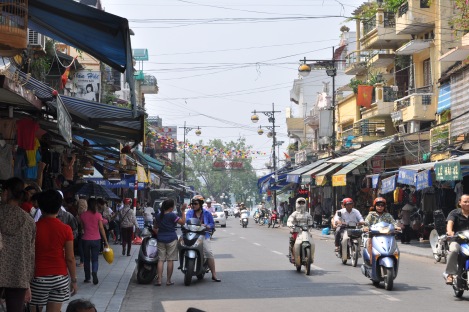 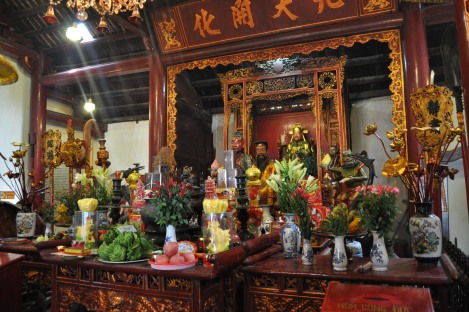 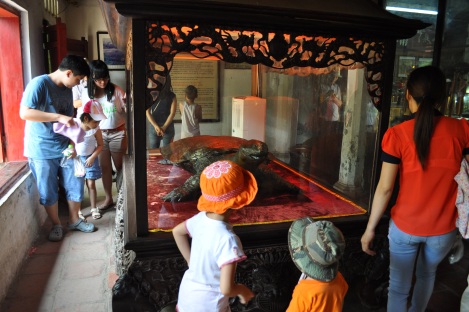 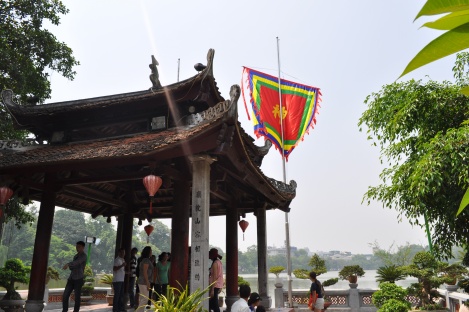 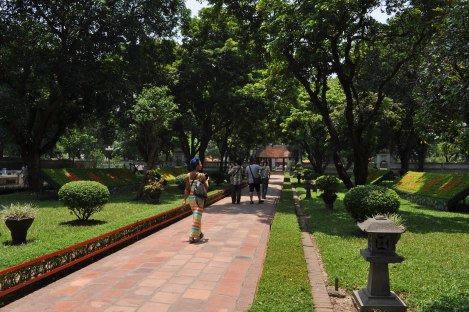 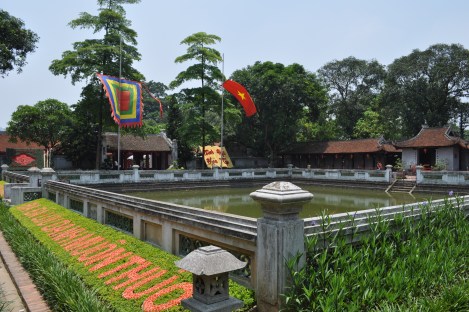 Since I did not pay for the privilege to take pictures at the water puppet show, there are none to display here, but it was definitely a fun activity! The theatre held a large pool of water surrounded by drop-down shades + a platform for the singers + musicians who provided the show’s live accompaniment.

During the show, puppets–in varying degrees of disrepair + water damage–were maneuvered with long sticks that were kept hidden underwater. The puppeteers stayed hidden behind the shades. The music was lovely, but the singers gossiped to each other every moment that they were not singing, immediately turning their microphones off when not in use. As a performer, I found this totally unprofessional + odd. I mean, they were in plain view the entire time! I would think that having a gig performing in one of Hanoi’s main tourist attractions would carry with it some degree of professionalism. For these two singers, it did not.

Anywho, in the next post I’ll cover our middle 2 days spent at Halong Bay, which brings me to our last day in Hanoi.

Since it was Monday, most of the sites we hadn’t gotten to see in our main day of Hanoi sightseeing were closed. (I.e. the Ho Chi Mihn Mausoleum, which I was not too keen on seeing anyway… The whole idea of paying money + standing in line to see an embalmed Socialist leader is kind of beyond me.)

But, as a result, we got to check out the fabulous markets in Old Town near our hostel. Talk about plenty! (+ yes, there were souvenirs purchased: some baskets + woven trays from the shop pictured below!) 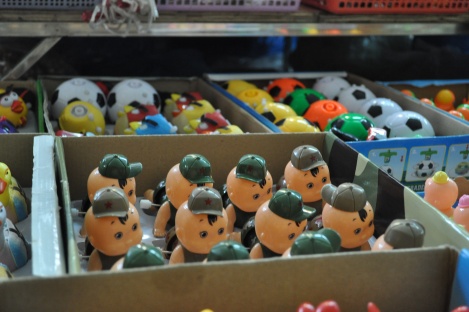 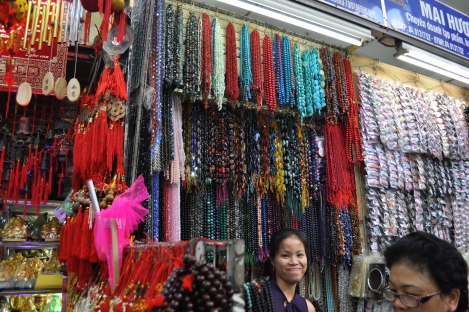 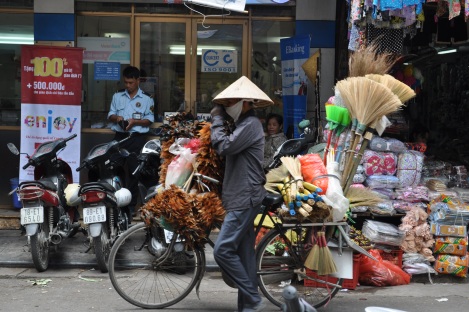 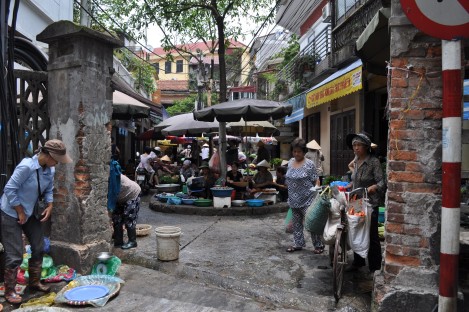 On the van back to Hanoi from Halong Bay, I was inspired to start a list of songs that have stood out in my time in Asia. On one of our Hanoi nights out we heard all of our favorite classic Oasis songs. So, here ya go…