Graffiti is prominently featured in many of my earliest memories. It was the Village! Keith Haring was everywhere! The P.S. 41 (my alma mater!) school yard wall was covered in tags + political statements (none of this random newfangled Spider-Man with pencils imagery). 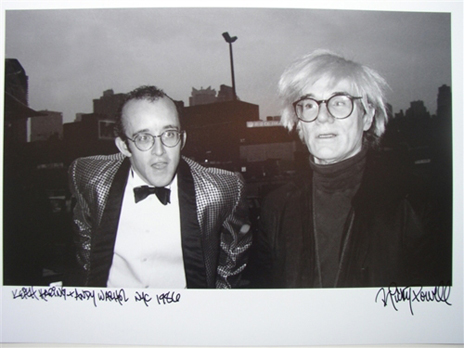 Hip Hop was new and fresh.

I think of New York City at that time + I see Haring’s energy lines flashing, pulsing, radiating from that place. Of course, it wasn’t all spray painted rainbows + bunny rabbits, but Things Done Changed.

By time I went into middle school, the subways had pretty much been cleaned up. Kids weren’t skateboarding in Washington Square Park. Street people could no longer squeegee your windshield at a stop sign. Hip Hop had long before spread its wings + flown far from its birthplace on the corners of The boogie-down Bronx. This li’l Village girl was watching Hip Hop videos on RapCity + Tha Bassment on BET, on MTV‘s TRL, + listening to HOT97‘s heyday (lovingeveryminuteofit).

Today, with what feels like more + more + more monied people moving to the City every day, The NYC is all shiny + new. But to me, it feels like the City’s character has been scrubbed away.

Don’t get me wrong… I understand how totally annoying it would be to be a shopkeeper + get to your store to find your shop’s windows or gate vandalized. To be a homeowner + find the bricks tagged. It costs a lot of money + time to fix. However, nowadays, many spray painted walls + gates are not random acts of vandalism, but commissioned pieces of graffiti art. (+ if I were a shop owner, that is totally the way that I would go!) 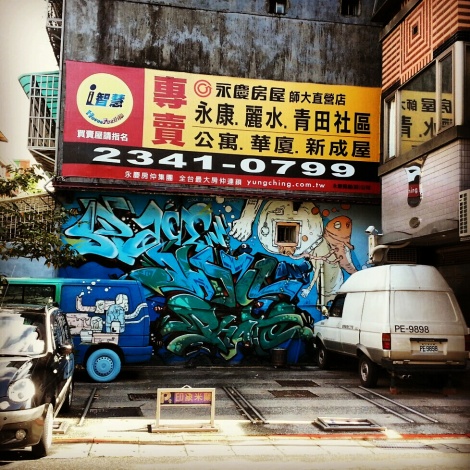 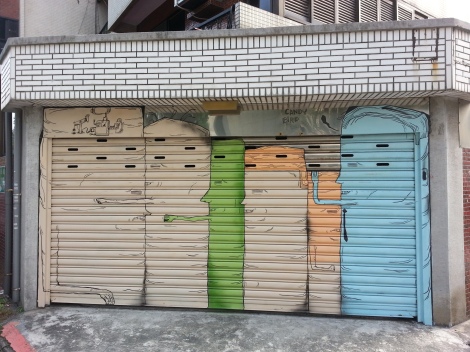 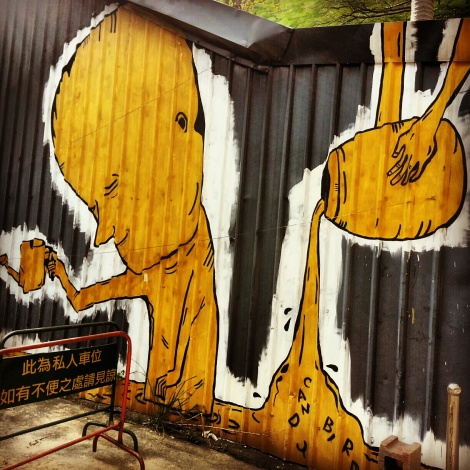 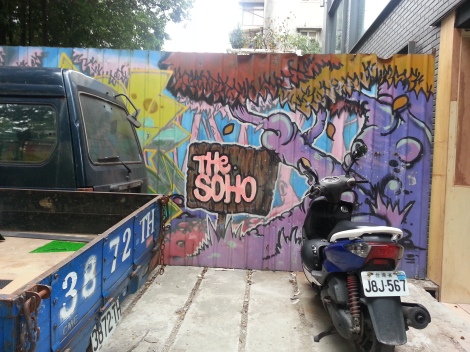 I know that not all graffiti is positive–sometimes it is used to define gang territory. But, again, most of what I’ve seen in Brooklyn (+ Taipei, too!) is positive! It exists to make a dilapidated wall more pleasant to look at, or to make a political or social statement. There’s a great wall near Brooklyn’s Myrtle-Broadway JMZ Station that says “Read MAS.” Who wouldn’t benefit from reading more?!

So, when I see a mural, a tag, a quick sketch on a wall, small or large, I always take a moment to observe. In fact, the tags were what kept me going on my longer runs across the Williamsburg Bridge when I was training for my 1/2 marathon last year! (Especially the “Spring Break!” one + the “Hello BKLYN” Bandana’ed Top Hat Man…City peeps: know what I’m talking about?)

My all-time favorite tags in Bed-Stuy are the “YOU GO GIRL”s that line the rooftops. Talk about positive message! But in the way of things these days, the one you could see from the JMZ near the Bridge was painted over in 2011, before I could snap a shot. 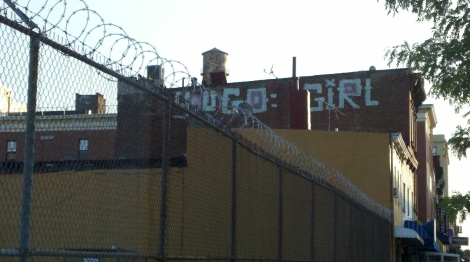 I am so happy to see that there is also a bit of graffiti culture in Taipei! 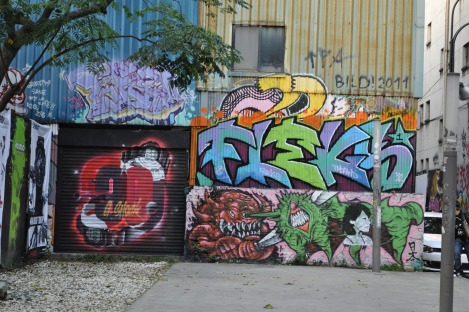 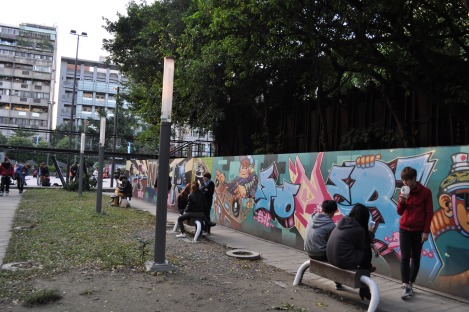 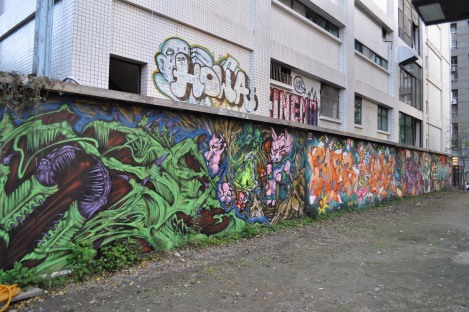 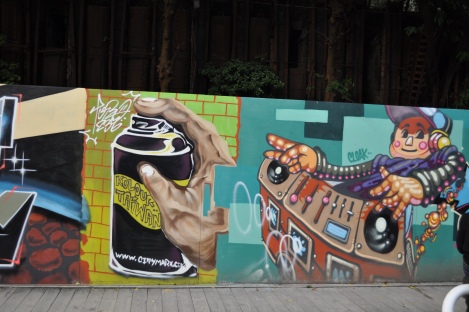 From the looks of it, these folks know what they’re doing. Makes me feel at home.